b) Designation: Associate Professor and HoD

f) Research Area and Interest:
Completed one UGC sponsored Minor Research Project on "From Literature to Film: A Transition of Perspectives in Satyajit Ray's Films" 2014.

2. The Woman in the Attic( Chilekothar Nari) , article on Akhtaruzzaman Elias, 2017, Bagher Bachha

a) Paper presented in National and International Conference/workshops:

8. Workshop on Restructuring the Undergraduate Syllabus Based on CBCS, University of North Bengal, Dec 2017

9. From Terrorism to Humanity: Back to Square One, UGC Assisted International Seminar on Contemporary Developments in Social and Basic Sciences in Times of Global Crisis , Surya Sen Mahavidyalaya, Siliguri, March 28-29, 2017

2. Member, Board of Editors, Collegium, Newsletter of Surya Sen Mahavidyalaya, for the year 2019 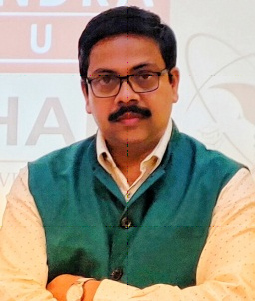 1. The Body that Writes: Rape and Resistance of Lavinia in Titus Andronicus in Texture: A Journal of Humanities and Social Sciences, Vol:1, No.1 : 2017 ISSN : 2456-9917 http://barjournal.online/Archive.php Impact factor:3.5

b) Paper presented in National and International Conference/workshops:

1. Participated in the International Webinar on "Post - Covid 19 : Culture and Literature"" organized by the Department of English,Mahavir Mahavidyalaya, Kolhapur on 29th May,2020

2. Participated in the International Students' conference on "Environment & Literature" organized by the Department of English, University of North Bengal, in association with the University of Milan, Italy, 28 th and 29th August, 2019.

3. Participated in an International Special Lecture on "Resilience on Literature" by Jorge Diego Sanchez of University of Salamanca, Spain, on 29 August,2018, organized by the Department of English, University of North Bengal.

5. Presented a paper titled, Environmental Activism in the Folk-song of Bob Dylan in the International Seminar on Transformation of folk Songs:Ekush organized by the IQAC of Surya Sen Mahavidyalaya in collaboration with Shikhad O Sampriti on 20th February,2018

10. Presented paper titled Cloning and the Problematic of Identity in Caryl Churchill's 'A Number'at the International Conference on Modern Trends in Social and Basic Sciences organized by Alipurduar College, West Bengal, India, during 27-28 March,2015.

11. Presented paper titled Not Too far Away: Caryl Churchill's Far Away and Ecological Dystopia at International Seminar on Planet earth and its Preservation organized by the Maynaguri College, India, during 25-26 March,2015.

12. Presented paper titled Violence from Stage to Screen : The Case of Julie Taymor's Titus ( in absentia) at International Seminar on Cultural Studies: Global and Local Perspective organized by the Department of Cultural Studies, Tezpur University, Tezpur, Assam, India, during 7-9 February,2015

13. Presented paper titled Spirituality Reconditioned: Postmodern Theology and its Offshoots at International and Interdisciplinary Conference on Knowledge, Reality and Value, held in Kolkata, India under the aegis of Society for Indian Philosophy and Religion(USA) from January 3-5 2013.

14. Presented paper titled Recycling Text and Ideology: Shakespeare to Bond at International Seminar on Renaissance in Performance: Theatre and Ideology held at the Department of English and Other Modern European Languages, Visva Bharati, Santiniketan, India, from 6 to 8 December, 2001.

1. Presented a paper titled: Spiritual Activism of Sarada Devi in the UGC Sponsored National seminar on "Counter-cultures of Indian women: From Myth to Contemporary representations", Organised by South Field College, Darjeeling in Collaboration with Centre for Women's studies, University of North Bengal, from 18-19 March, 2019

2. Attended workshop on Restructuring the UG syllabus based on CBCS Courses organized by UG Council, University of North Bengal on 29 January,2019

3. Participated at a State Level Seminar on "Environment and Human Health" held at Nakshalbari College on November 20,2015

9. Participated at an workshop on Open Educational Resource for Distance Mode of Learning held during 11-12 March,2011 at the University of North Bengal.

10. Presented paper titled Performing Power: People and Politics in Tasher Desh at a National Seminar on "Tagore and Difference" Organised by the Department of English, the University of North Bengal, Siliguri on 21 February,2011

11. Presented paper titled Dialectics of Identity in a techno-society at a National Seminar on "Technology in Society: Challenges and opportunities" held at the Salesian College, Siliguri on 5-6 October,

13. Presented paper on Beckett's Later Plays at a National Seminar on "Breaking 'new'grounds:Remembering Ibsen and Beckett" held at the Department of English and OMEL, Visva Bharati on 21 January, 2007.

14. Presented paper on Amitabh Ghosh's 'In An Antique Land', titled, "In an Antique Land" as an exemplar of Postmodern India, at a National Seminar on "Post-Modernism in the Indian Context" held at the Department of English, Bijni College on 27,28 September, 2007.

15. Participated at a National seminar on Indian Novel Today, organized by Department of English, Rajib Gandhi University, Itanagar from 16-18 November,2007

16. Participated at a National seminar on Rabindranath Tagore: A Milestone of Indian Culture, organized by Department of Bengali from 23-24 September,2007 at Bongaigaon College, Assam.,

17. Presented paper on Tagore and Nationalism at a National Seminar on "Theory in the Indian Contaxt: Generating New Dynamics" held at the Department of English, Tezpur University on 27,28 April, 2006.

Special lecture on 'Romanticism and its Legacy' in the Department of Bengali, SSM on 10.01.2020

Member Editorial Board, Collegium, SSM Newsletter for the year 2018

External Examiner of M Phil dissertation for one canditate,2006, from Peryar University

External Examiner of M Phil dissertation for one candidate,2007, from Peryar University

One of the Coordinators, Zestival: Intercollegiate Fest of SSM, from 25-26 February 2020 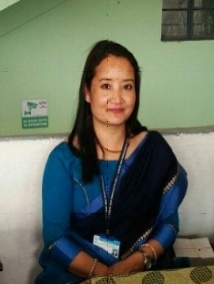 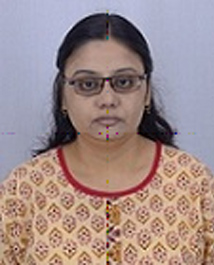 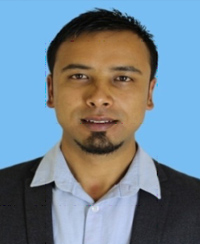 'Without Literature, Life is Hell' -- Charles Bukowski
Since the inception of the college in the year 1998, English Department started its journey with only Elective English for general students. Honours course was introduced in the Department in 2003, with one full-time teacher in the substantive post and one part-time teacher. Now the Department has 6 teachers to look after imparting the subject to more than 3000 students enrolled in Honours Program and Program courses.
Despite shouldering this huge responsibility with the shortage of teachers, the Department has constantly been engaged in experimenting with various teaching methodologies in making learning of English a joyous and purposeful experience for the students. Screening of films, organizing students centric seminars, the arrangement of invited lectures by faculties from other institutions are some of the key activities to supplement conventional teaching practices.

PRIORITY AREAS:
With the introduction of CBCS syllabus by the University of North Bengal in 2018 session, the Department has reworked its priority areas following the changing academic environs in today's volatile socio-cultural clime. Technical writing skill, being one of the primary requisites of the employers, in this world of 'private economy', classes on language learning and writing skills is given additional importance for Program course students and are conducted by teachers having expertise in Language teaching.

OBJECTIVES:
However, studies in English literature don't just prepare students for the workplace - they prepare them to embrace ideas and cultural ethos which will help them to strike bonhomie with others in a multicultural matrix. While our Program course incorporates experiential learning into our course offerings, our BA Honours program fuses traditional and global contents into it, helping students to be a global citizen with traditional moorings. Today, the English Department maintains its strong commitment to traditional areas of English study, promoting at the same time, issues related to cultural diversity, identity-formation, construction of gender and nation-building. The Honours Core course offers students a fine balance of traditional British literature courses, with Indian classical writings, American and Modern Indian literature with writing from other related areas such as Partition Literature, Popular Culture, Women's Writing and Children's Fiction.

LANGUAGE LABORATORY:
Realizing the need for developing good communication skills for students coming from the vernacular background, the Department opened its exclusive language laboratory in the year 2019 and offers 'IT Enabled English Language Certificate Course'(IEELCC) which is compulsory for all first semester Core Course students. With 30 computers and a state-of-the-art setting, the language laboratory of the department has become ground zero for hyper-multimedia language education. Two specially trained teachers from the Department of English, Prof.Sanchita Das and Prof.Ishwar Darnel act as instructors and coordinators for this specially designed language course The Department has a plan to extend the scope of the course to the students of other departments from Jul 2020

WHY ENGLISH AT SSM?
The department, through all its varied activities, propagates the idea that there's no substitute for what the regular teacher brings to the classroom. Classroom experiences should shift students from passive to active, maintaining their interest and promoting active participation. To ensure this our lesson-plans have ample scope for students' active participation in the classroom so that attending classes, rather than becoming a compulsion, becomes an outcome of motivation. Students participate in the student-centric seminar, group discussion and other literary activities. We also invite teachers from other institutions to deliver talks on various topics. Such invited talks aim to expose students to different teaching experience.

Departmental wall magazine Oracle is a platform for the students to showcase their literary skill. The aim of all this is to prepare students with analytical, critical, and communication skills so that after passing from this institution students can get opportunities of pursuing higher education in various disciplines or crack competitive examinations.

To bring back the culture of reading, the Department has a Reader's Club where under the tutelage of designated teachers students are encouraged to read various books and then take part in the discussion. This develops the critical thinking of the students.

The department encourages students and sometimes makes it compulsive for the students to participate in various literary and cultural competitions to showcase their creative potentials.

EMOTIONAL WELL BEING:
Feelings of stress and anxiety are a part of life and the college students are not exempted from this. At the adolescence, stage stress can, at times, be overwhelming. Each person has different types of stressors. What bothers one student might not bother another. The department has an active mentor-mentee program where a group of students' emotional wellbeing is taken care of by a particular teacher. The department also encourages students to meet teachers personally in resolving personal issues.

Our mission is to strengthen the liberal education of students by developing a deepened understanding of language and literacy, the value of critical reading and effective writing, and the richness of literature, past and present. We value teaching that will lead our students to participate in society as informed, responsible citizens.

Achievement of the past students


b) Teaching Aids:
PPT
Headphone and projectors for language classes
Dedicated software for language class
White Board
Use of social media like WhatsApp for extended counseling
Screening of Movies & Documentaries